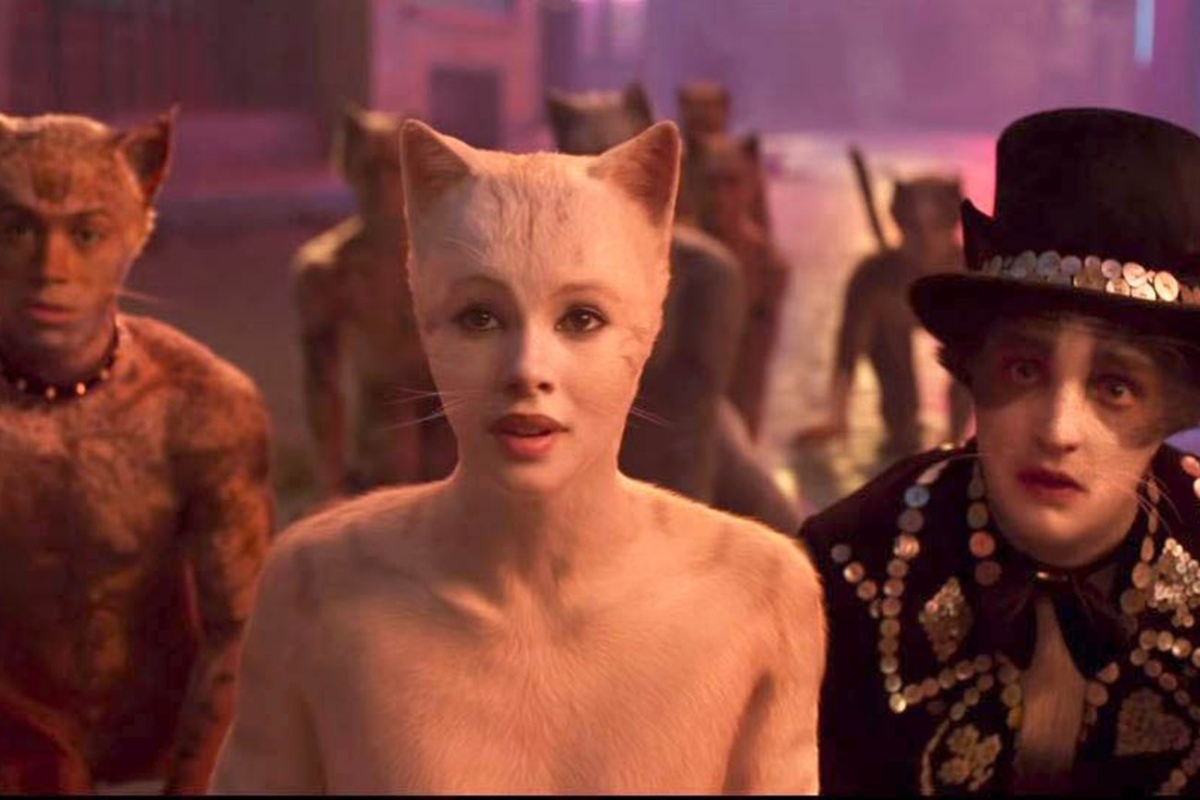 There’s something about bad movies that just pull me in. By now you’ve heard that Cats rivals Battlefield Earth as the worst movie of all time. That’s enough of a draw for me to spend a few hours in constant confusion wondering wtf a “jellicle” is.

I must admit, I know nothing about Cats, the musical. I only know it is still crazy popular on Broadway (I later read it won 7 Tonys) and VH1 had Barbra Streisand’s version of “Memory” on heavy repeat back in the day. This was the Hamilton of the 1980s.

Either this movie is absolutely nothing like the play, or there is some hidden drinking game with Cats to keep people coming back. The plot (what there is of it) is a confusing mess and not a single character has any arc to speak of. Imagine your favorite movie and think of those beginning 10 – 15 minutes where all of the characters are introduced. Cats is that, stretched to two hours. It’s a steady stream of new, cat stereotypes that come out to sing a song and then disappear into the background while our protagonist shares the same confused expression you have on your face.

There is one, special characteristic of this movie that made it get so much attention. The bad special effects. Words cannot describe how awful everything looks. After the theatrical release, it needed a software patch to fix some of the missing fur on the actors. But the characters are just some sort of weird, furry fever dream that you sort of get used to (or in to, for some of you). The backgrounds are the worst offenders. Everything looks like a flat, badly lit painting so everyone looks like they are dancing in front of a green screen in a basement. It’s all like a bad photoshop from Furry Instagram.

If there’s one positive, it’s that you get to listen to Jennifer Hudson sing “Memory”. But now that I know the context of that song, Andrew Lloyd Weber makes This Is Us seem reserved and subtle.

If you like bad movies, well, I guess you need to watch the worst. Or if you’re clued into whatever drinking game the kids are into, let me know. 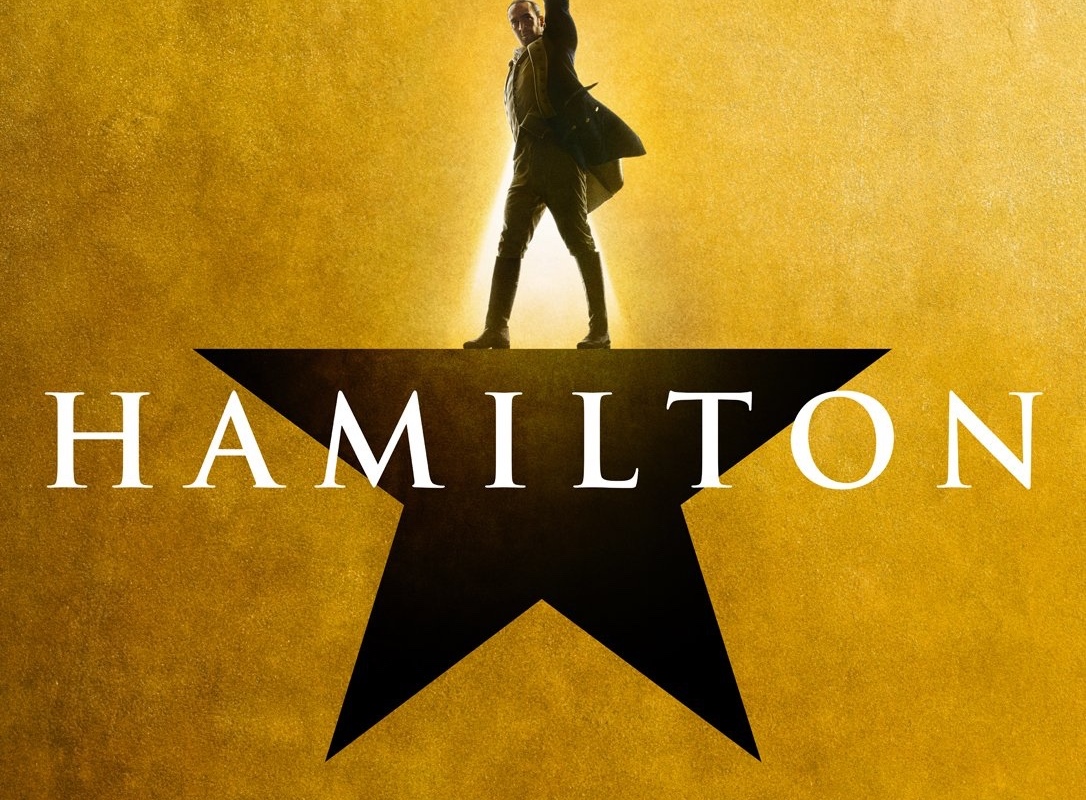 These days, being patriotic is a challenge. You can’t say, “I love America” without someone spitting, “Yeah?! Do you have a flag?!” like some Bizarro World red-hat-wearing Eddie Izzard. For too many, love of our country has warped into worship with the flag as a religious icon. A cross-like symbol of Mammon and his only begotten son, America. If that is patriotism, normal folk want nothing to do with it.

And then Hamilton comes along to remind us of the America in our hearts. Those ideals espoused by Superman and Captain America instead of our politicians.

By now, everyone has at least heard of Hamilton, the Broadway play that required your left kidney to get a ticket. But now, the House of Mouse (obviously more interested in souls than kidneys) has decreed that everyone should buy a D+ subscription and see the original performance of the greatest musical ever written (sorry Cats).

Though focused on Alexander Hamilton, the story takes us through the birth of our nation. Despite what you learned in high school history, the U.S.A. did not begin the day after the Battle of Yorktown. Oh no, there were still a lot of politics and dealings to be done. In Hamilton, watching that sausage get made is far more enjoyable when performed with a hip-hop soundtrack.

The cast is perfect. Leslie Odom Jr. as Aaron Burr acts as our narrator. Daveed Diggs doubles up as Lafayette and Jefferson and steals every scene. Jonathan Groff (Kristoff from the Frozens) plays the best toddler royalty since Prince John in the animated Robin Hood.

Like most historical dramas, Hamilton takes some liberties with history. Some major and some minor, but it’s a better story because of its poetic license. Fantasy and superhero movies succeed because we connect more easily with the deeper themes underlying the plot. The Lord of the Rings is a powerful story of hope and perseverance above the dwarves and elves in it. Hamilton takes this similar approach though more rooted in history. That said, Gollum as King George could have worked.

On its face, America was founded with freedoms and rights for white men at the exclusion of others. But there’s a deeper promise that these American ideals are for everyone. Hamilton portrays the birth of our nation with those deeper values at the surface. Freedom, Liberty, and Justice are unique in the world and available to all Americans. Historically, it’s taken centuries for that to be true for many and for others it’s still not. But there still exists a promise and hope that it can be true for all. It’s just gonna take some work.

As a nation, we have retreated to our corners blaming the other side for the destruction between us. Hamilton shines as a message of hope. A reminder that we’re all in the same ring and share a belief that Life, Liberty, and the pursuit of Happiness can be a reality for all. 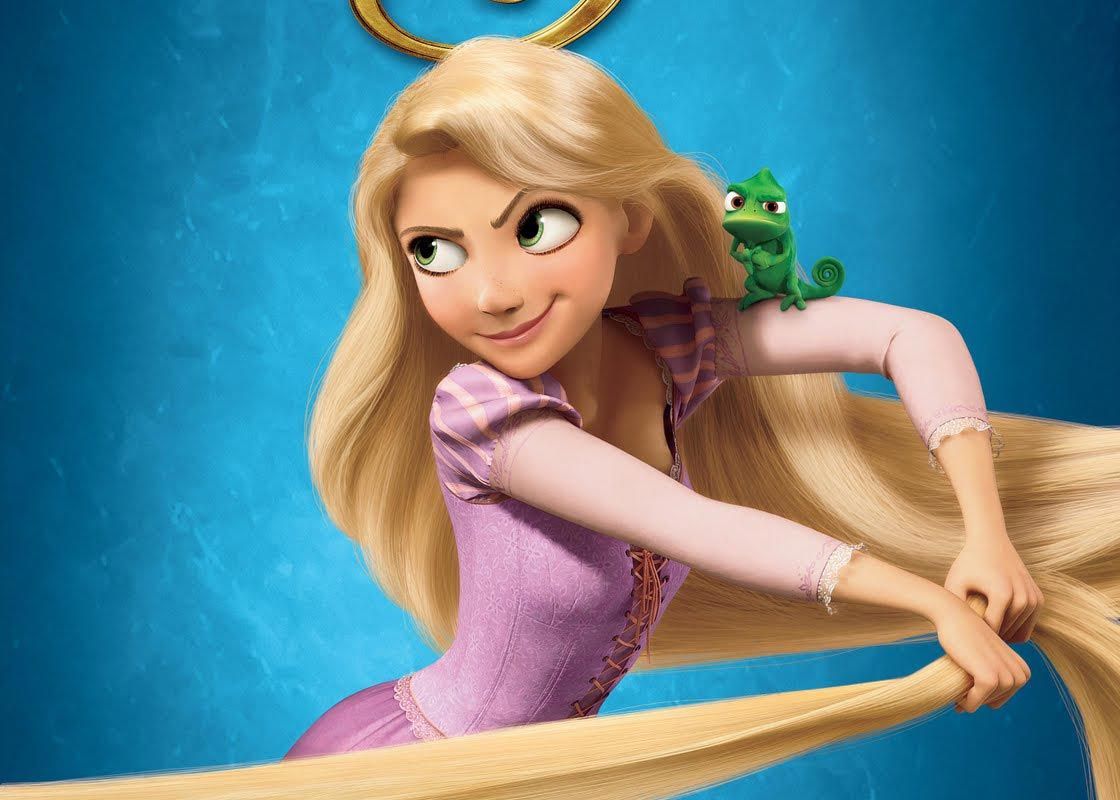 When looking for something new to watch for our Friday Family Movie Night, a common chorus was booming from of the internet:

“Tangled is better than Frozen.”

Well, in those famous words of Abraham Lincoln, “Don’t believe everything you read on the internet.”

20 minutes into Tangled, our 4 year old suddenly shouts, “Who’s gonna die?!” Disney’s attempt at turning Rapunzel into an official Disney Princess sadly relies on those old tropes. Tropes so obvious, our 4-year old expects them at the first song. Of course, Disney is well aware of this and has even poked fun at themselves in the Wreck it Ralph sequel. If you haven’t seen the Disney Princess scene, you need to. Take a look:

Friday Family Movie Nights (and Disney+) have made me all too familiar with Disney Princesses and their tropes. And while that’s hilarious, the interesting thing is that Frozen was the inflection point where Disney started moving away from them (showing true love is from your sister, not some guy). With the sequel, they tore a few more down in making Anna a strong, likable leader without emasculating Kristoff. Something seemingly impossible in most other movies with strong female leads.

The classic Disney Princess will always be in the hearts of many when remembering their childhood. But with my growing daughter, I will take the themes from Frozen any day over Tangled.